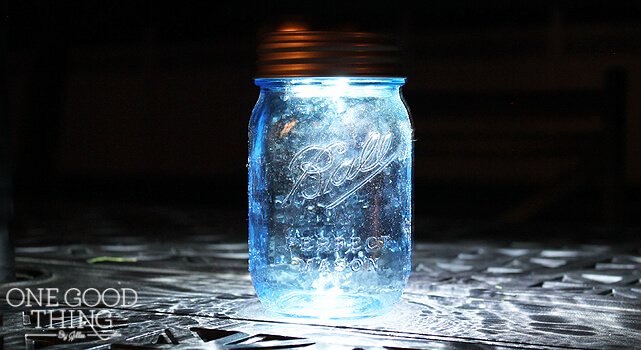 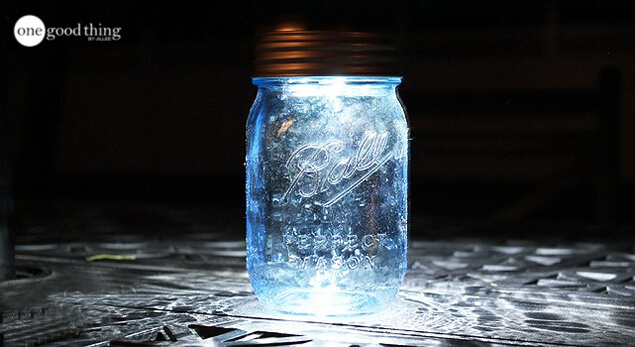 As I was sitting out on the patio last night admiring my little mason jar luminary that my sister Rebecca gave me a few weeks ago…a tiny little solar lightbulb went off in my head and I realized this was “One Good Thing” I needed to SHARE with all of you!

It had literally been staring me in the face for weeks and I didn’t even realize it…until last night. So I immediately snapped a few photos with my iPhone, but they turned out super grainy because it was already almost dark. I cajoled the hubster into taking a few more pictures for me using my Canon…but by that time it was COMPLETELY dark and so unfortunately I don’t have a variety of shots to show you…but I think you’ll get the general idea.

Besides, this idea is SO SIMPLE it really doesn’t need more than a couple of pictures to explain it. 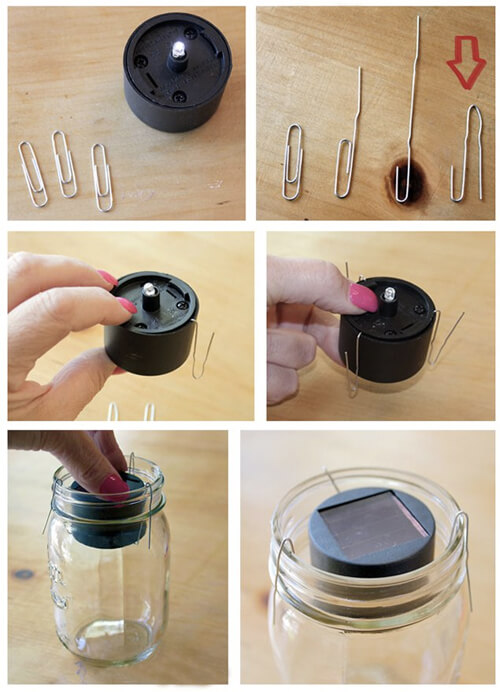 Let me first back up to LAST SUMMER when I went to a lot of work and effort to make my own DIY Mason Jar Luminary. You can see the whole post HERE.

Fast forward to THIS SUMMER and my sister discovers not only these cool new blue tinted mason jars…but solar lids that you can buy to put on them….no DIY required!

SO much easier than what I rigged up! Oh well, I guess it was only a matter of time since mason jar luminaries are such a cool idea in general. 🙂 So my hats off to the makers of these things….well done!  FYI…I found the blue mason jars at Target, and the solar lids at Amazon.com.

I just finished ordering 3 more lids and a set of blue mason jars so I will have a set of four luminaries for my patio table. When they arrive I will update this post with some better pictures. I was just so anxious to share this with you I couldn’t even wait for my Amazon Prime free two-day shipping! 🙂

FYI….if you’re just interested in getting the cool blue mason jars…here are a few pictures that customers of Amazon uploaded showing how they used them!  Such creative ideas! 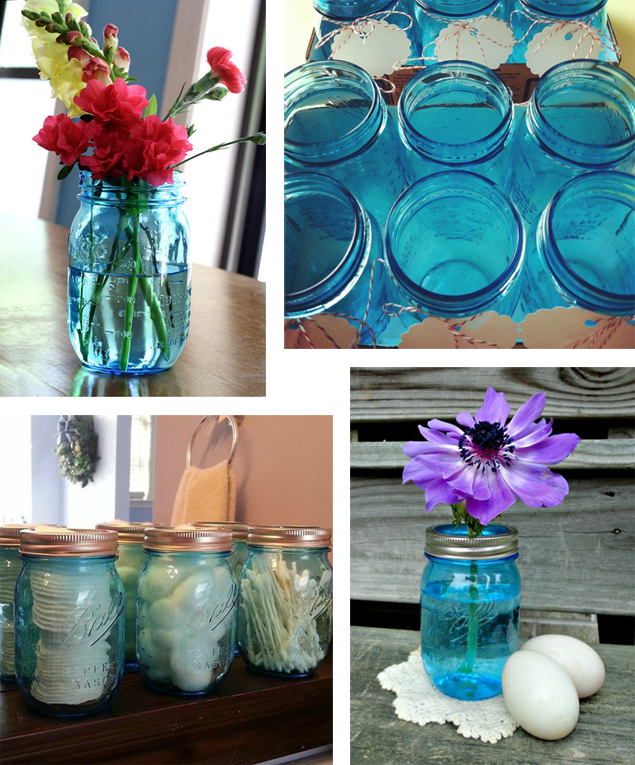 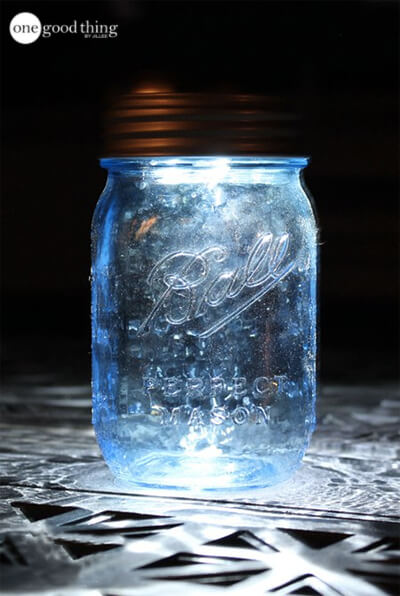 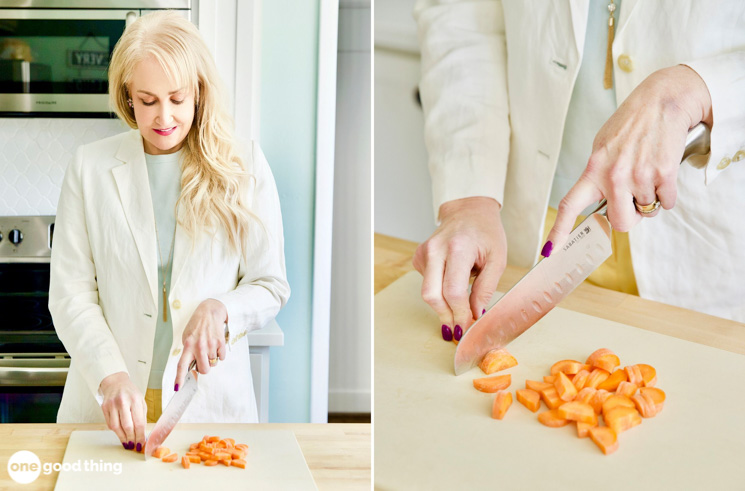 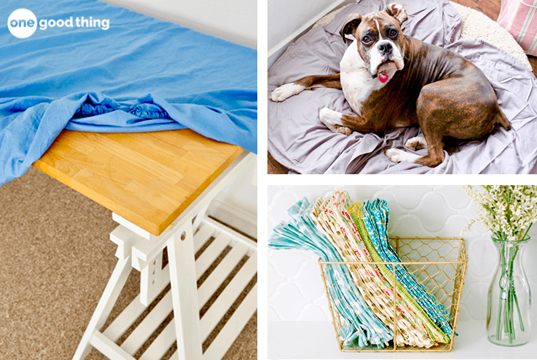 17 Useful Things You Can Do With Old Bed Sheets 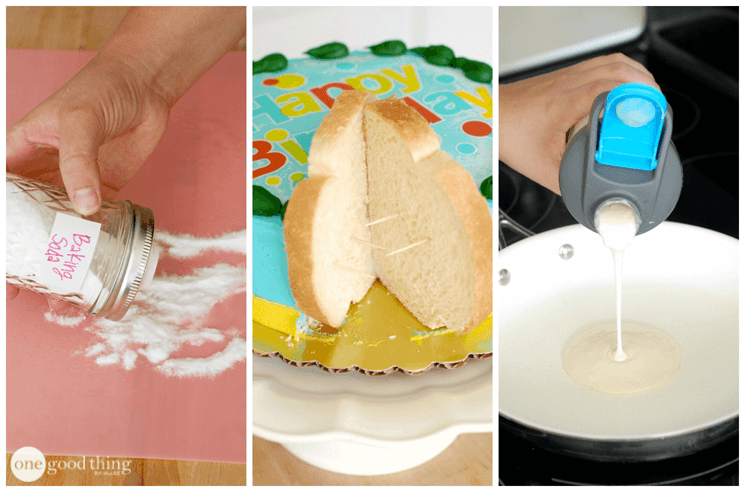 7 Popular Old Wives’ Tales That Turned Out To Be Myths

11 Surprising Ways That Baby Oil Can Make Your Life Easier 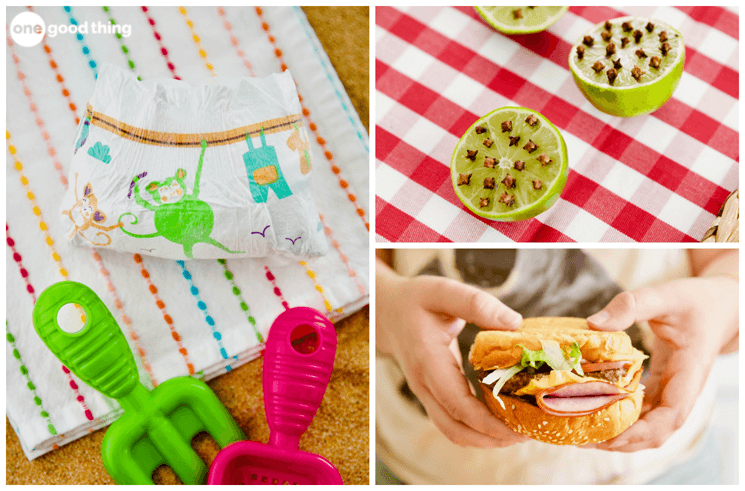 20 Brilliant Hacks That Will Make Your Summer Even Better 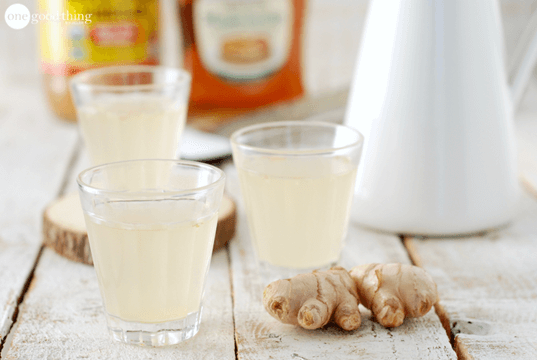 “Leaky Gut” – What It Is And How To Treat It Naturally 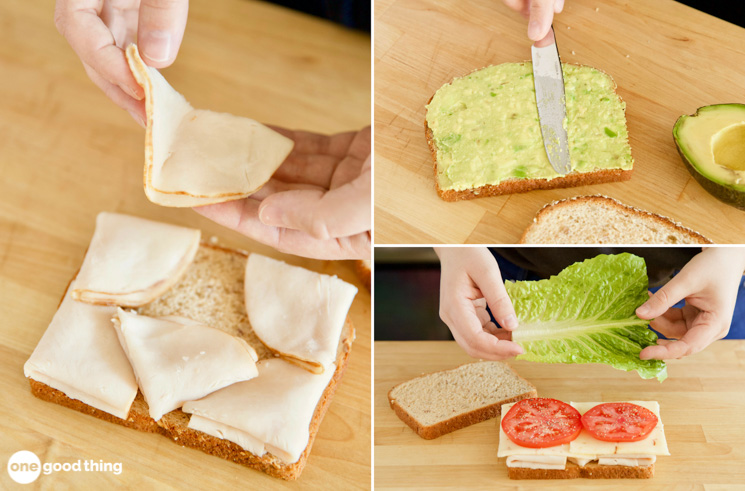 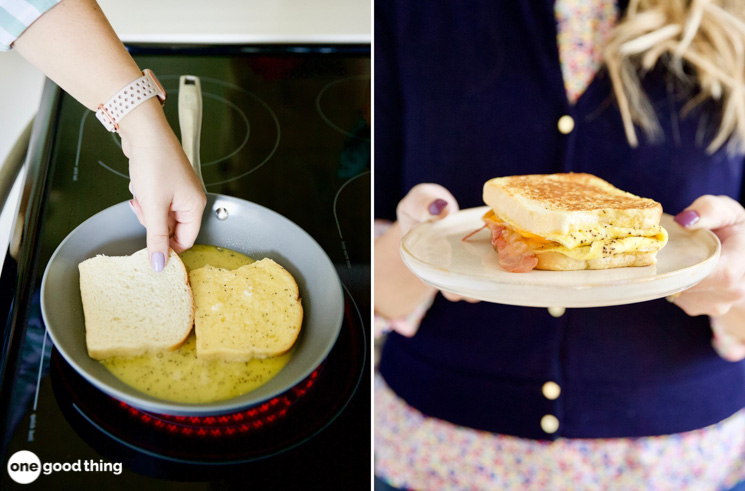 This Clever Breakfast Hack Went Viral For All The Right Reasons 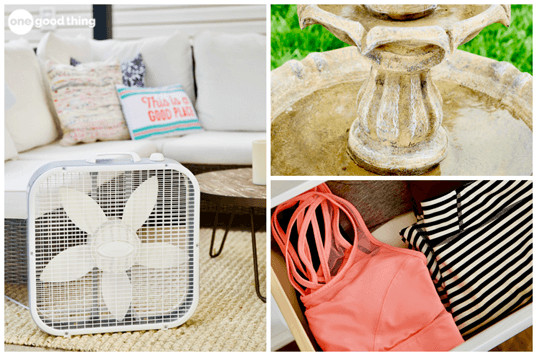 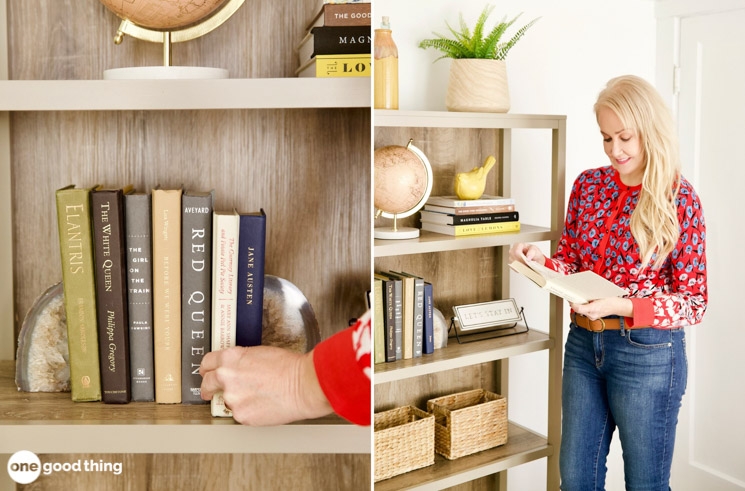 Love Reading? These Are 6 Of The Best Books I’ve Read Lately 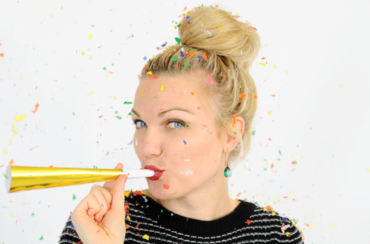 How To Create The Perfect Holiday Topknot 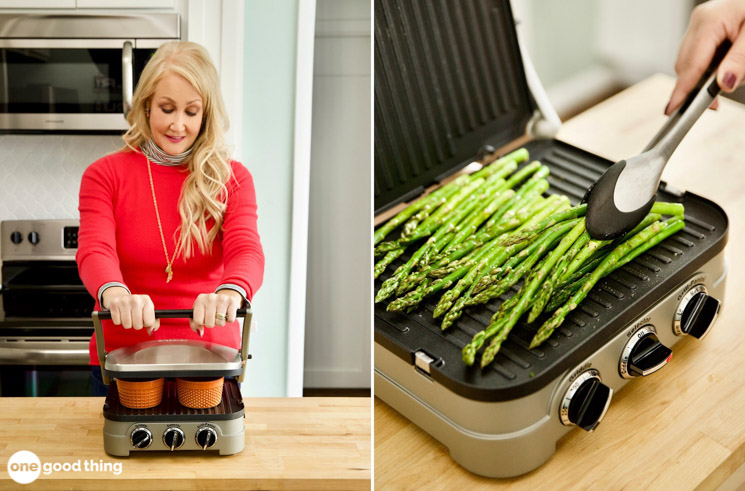 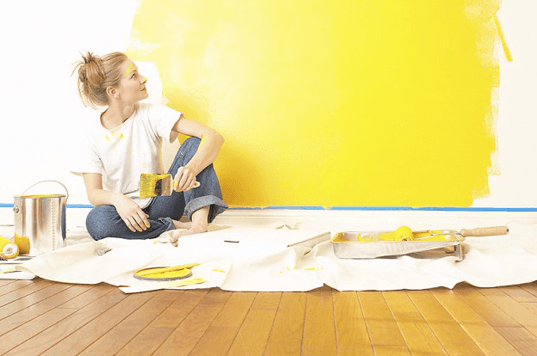 The 5 Secrets To Painting A Room Like a Pro 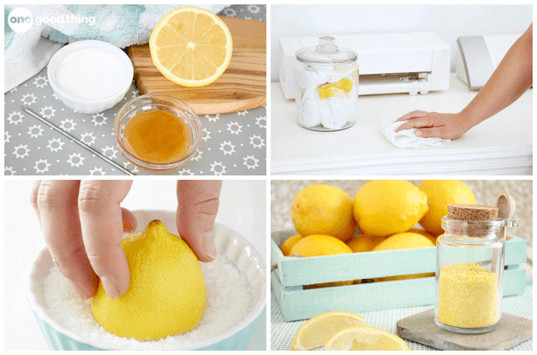 20 Brilliant And Unexpected Things You Can Do With A Lemon 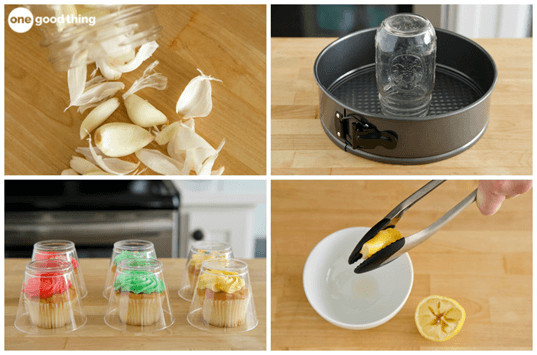 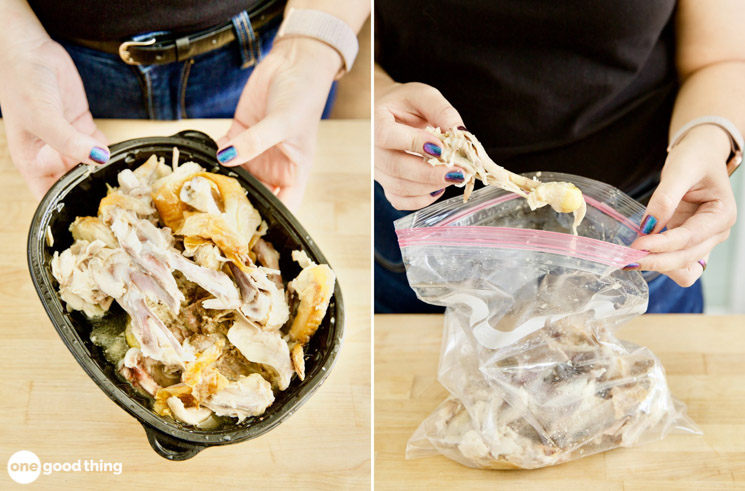 This Is The One Kitchen Scrap I Will Never Throw Away 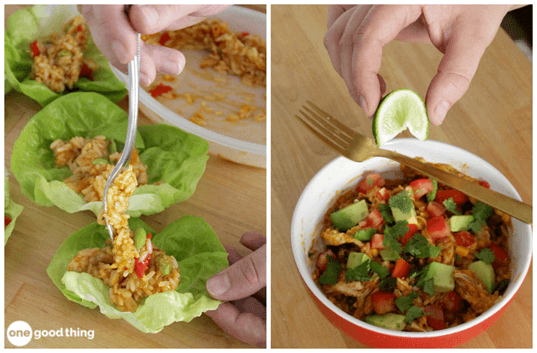