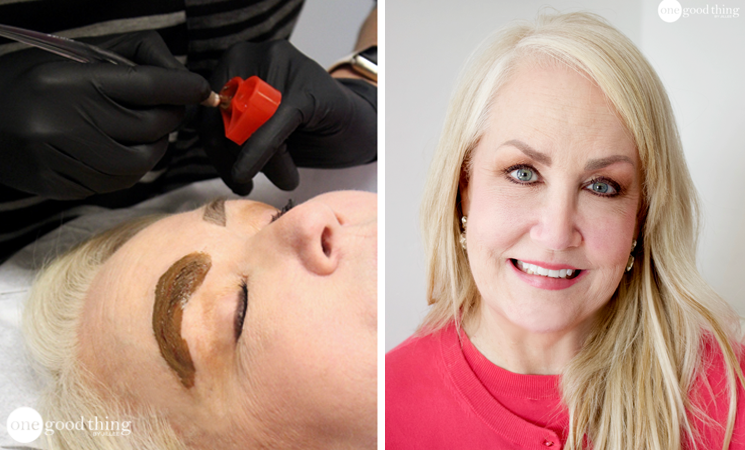 I’ve never been quite satisfied with my eyebrows. I’ve used brow pencils, gels, and powders for most of my life to “amplify” my ultra-fine brows. So it shouldn’t be too much of a surprise that when I first heard about microblading, I was immediately intrigued. My Instagram feed was filling up with photos of friends who had gotten the procedure done, and they were all raving about the results.

So what is microblading, exactly, and how does it work? Allow me to enlighten you! 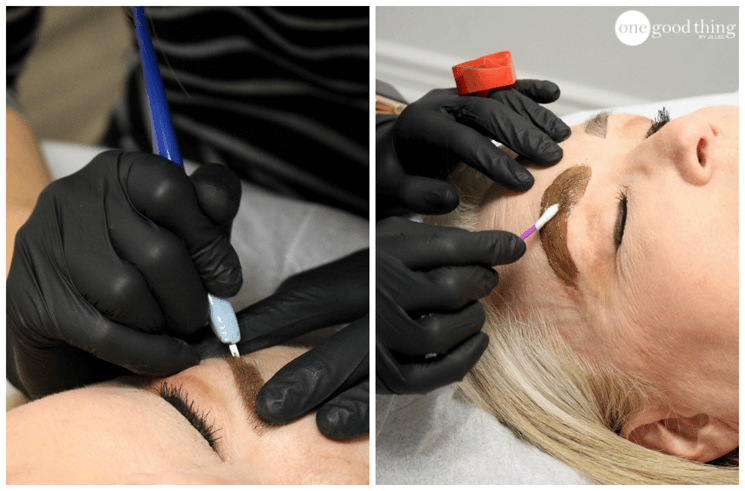 Microblading is a method of semi-permanent tattooing that mimics the appearance of real brows. The artist uses a pen-like blade tool along with custom pigments to create small strokes that resemble individual hairs. The result is fuller, more defined brows that actually look like real brows. (No kidding! Just in case you had visions of the blocky tattooed brows of yesteryear.) 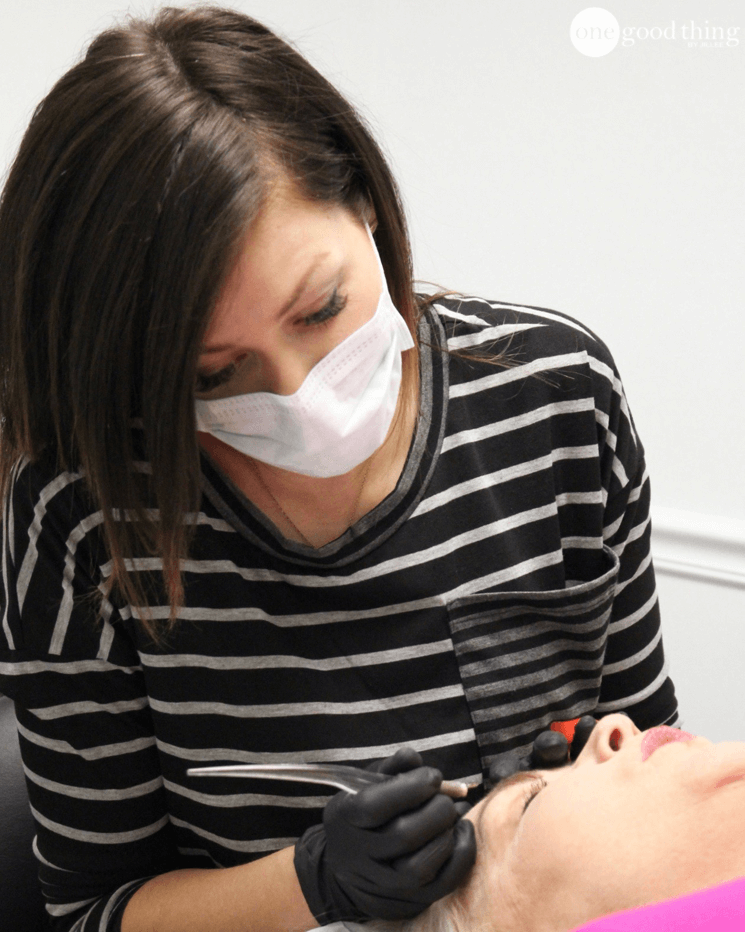 It sounded like the perfect answer to my lifelong eyebrow woes, so I decided to contact Mel at Allure Artistry for a consultation. After seeing several examples of her wonderful work for her clients (thank you Becki @ Whippy Cake and Tara @ Dating Divas,) I decided to take the plunge. I scheduled my first microblading appointment with Mel, along with a recommended touch-up appointment for 6 weeks after. 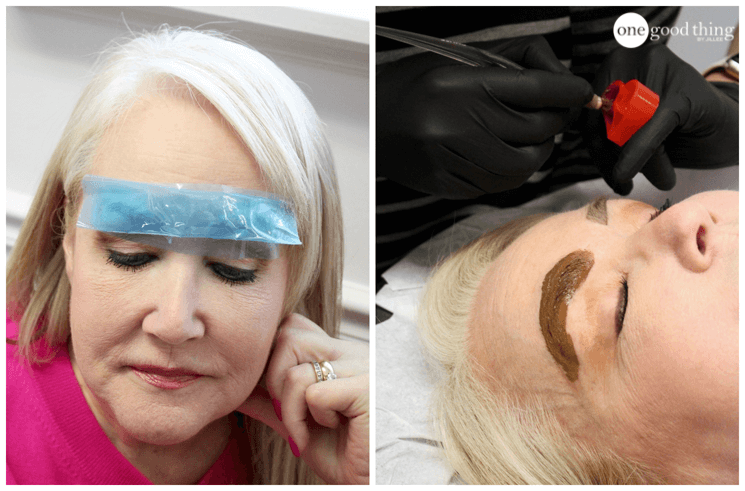 I was initially nervous that it would hurt a lot, but once Mel got started, the pain wasn’t too bad at all. She applied a topical anesthetic to my brows before and during the procedure to numb the pain, so the whole process was only mildly uncomfortable. The first session took about 2 hours from start to finish. 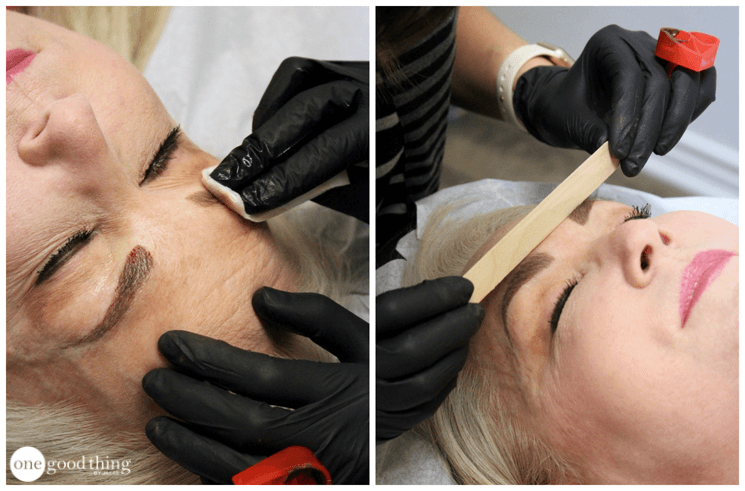 Six weeks later, I went back to see Mel for my touch-up appointment. Most microblading artists recommend this two-step process, so they can put any finishing touches on your healed brows, and limit the amount of swelling and redness overall. 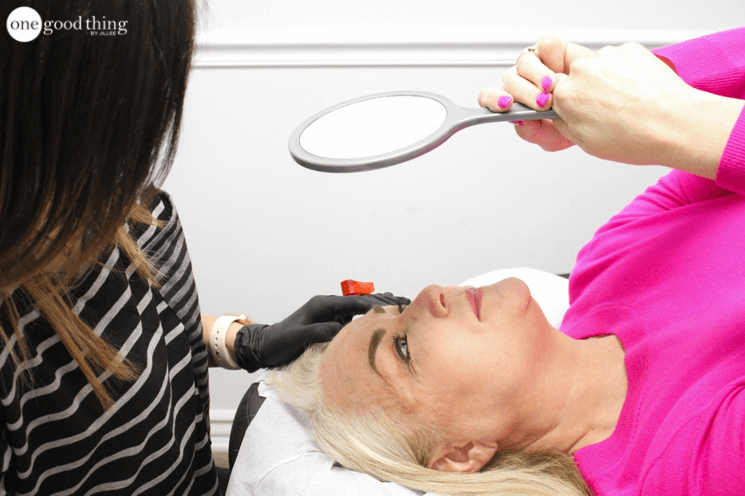 That’s great news for you, because you won’t have to hide away from the world after your appointments! You can go right back to work without worrying about looking clownish. (There is a minimal amount of scabbing that you can expect in the first week. But it does flake off shortly and it’s hardly noticeable.) 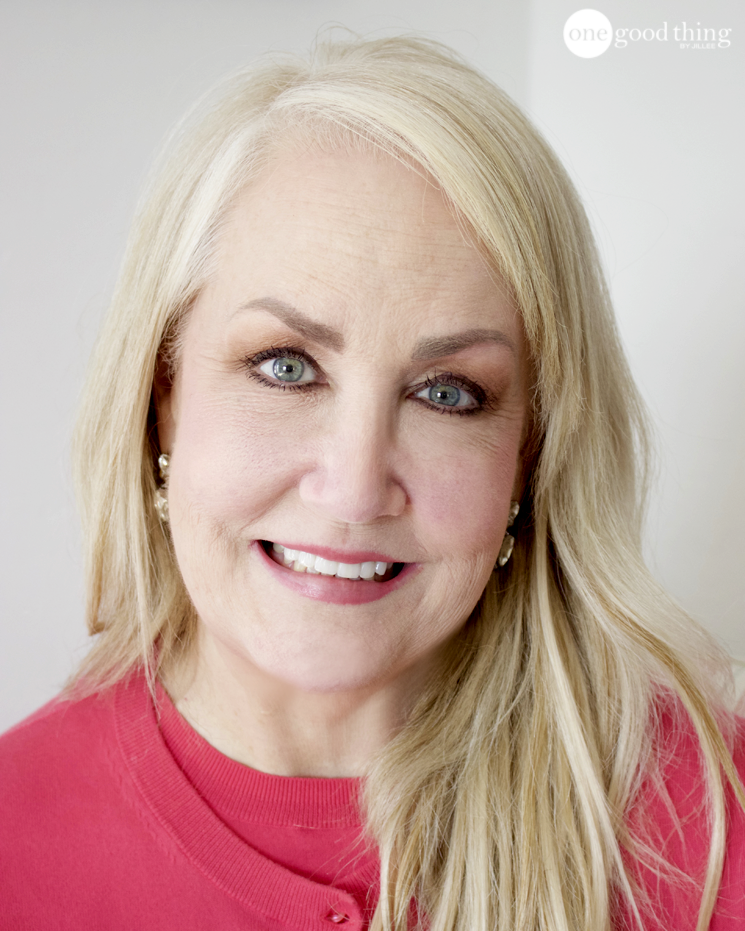 It’s been just over 2 weeks since I had my touch-up appointment, and I am so in love with my new brows! Right after my appointment, I was concerned that they were a bit darker than I had wanted. But Mel assured me that they would lighten up a bit during the healing process, and they definitely did. Now I have the full and defined brows I’ve always dreamed of having. And I can maintain them as long as I want to with annual touch-ups!

The one obvious drawback about microblading is that it is not cheap. The 2-session procedure can run you anywhere from $400 to $800. But it’s hard to put a price on self-confidence, so if you’ve been feeling self-conscious about your brows it can be well worth the investment (especially since the results are so long-lasting).

The One Easy DIY You’ll Use Every Day This Summer

Everything You Wanted To Know About Microblading

This Is The NEW Miracle Cure For Droopy Earrings

Exfoliation…It’s For More Than Just Your Face.

This One Ingredient Is Setting The Beauty World On Fire

The 13 Fashion Essentials For Dressing Your Best Over 50

Make Your Own All Natural Homemade Blusher/Bronzer For Pennies!

Cut Yourself Shaving? This Is The Best Way To Stop The Bleeding

This Brand Makes The Most Comfortable Bras Ever